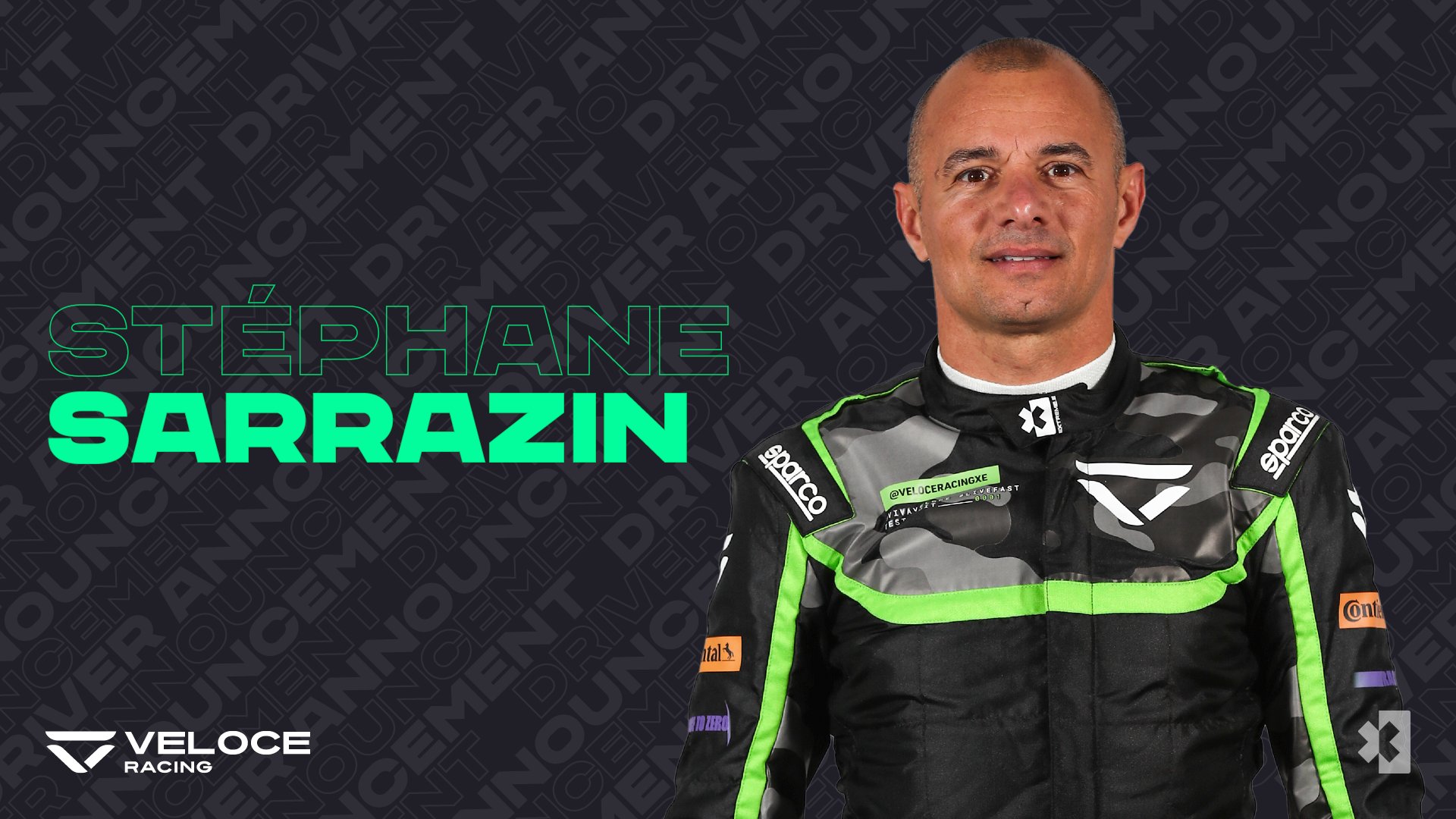 Ahead of the first ever race of the inaugural Extreme E series, Veloce Racing has completed its driver line-up by signing French racer Stéphane Sarrazin to partner reigning W Series Champion Jamie Chadwick.

Since 1993 Sarrazin’s varied motorsport’s career has included six podium finishes in the legendary Le Mans 24 Hours, two Le Mans Series titles and multiple victories in the FIA World Endurance Championship to his name. He has even one Formula One race start to his name when he raced at the 1999 Brazilian Grand Prix and subsequently undertook testing duties for Prost and Toyota F1 teams.

The signing of someone with Sarrazin’s racing pedigree is another coup for the new, all-electric off-road series that has already attracted seven-time Formula One world champion Lewis Hamilton, who is fielding his X44 team alongside ex-rival and fellow F1 title winner Nico Rosberg, plus Formula E teams Techeetah and ABT Sportsline and IndyCar giants Andretti Autosport and Chip Ganassi Racing.

Sarrazin’s experience as a rally driver will help him get to grips with the demands of the new Extreme E format, which features all-electric ODYSSEY 21 SUVs with male and female driver pairings taking on some of the world’s most extreme locations and terrain and highlighting environmental and green issues impacting regions of the planet most vulnerable to the effects of climate change.

Since 2004, Sarrazin has made 22 successful appearances in the FIA World Rally Championship, increasingly honing his off-road expertise and achieving ten points-scoring results – highlighted by a brace of fourth places – and in both Germany and France in 2005, he finished just one position behind Subaru World Rally Team stablemate and 2003 World Champion Petter Solberg.

Extreme E competition will begin on April 3rd with the Desert X Prix, in Al-'Ula, Saudi Arabia, which is known for its arid and rocky terrain. It will be followed in 2021 by the Ocean X Prix in Senegal (May 29th-30th), the Arctic X Prix in Greenland (August 28th-29th), the Amazon X Prix in Brazil (October 23rd-24th), and the Glacier X Prix in Argentina (December 11th-12th).

“I am delighted to have agreed terms with Veloce Racing to contest the first season of Extreme E," stated Sarrazin. "This is a hugely appealing new series that has already attracted a lot of international attention – and all before the racing has even begun! As a driver, the concept is tremendously exciting and motivating – both on a competitive and personal level – and the challenge will be like no other.

“I’ve driven a lot of different types of car during my career, but the ODYSSEY 21 really is something special and it’s going to generate some incredible action. When we went testing together, it did not take me long to ‘click’ with the Veloce Racing guys – like me, they arrive in Extreme E with a lot of experience from different disciplines in the sport, and that can only be to our advantage over the forthcoming campaign. I can’t wait to go racing!”

Sarrazin and Chadwick will be supported throughout the forthcoming campaign by Lance Woolridge. The South African cross-country and off-road specialist who has established a fearsome reputation for his off-road endurance skills in his home country, joins the team as reserve and development driver.