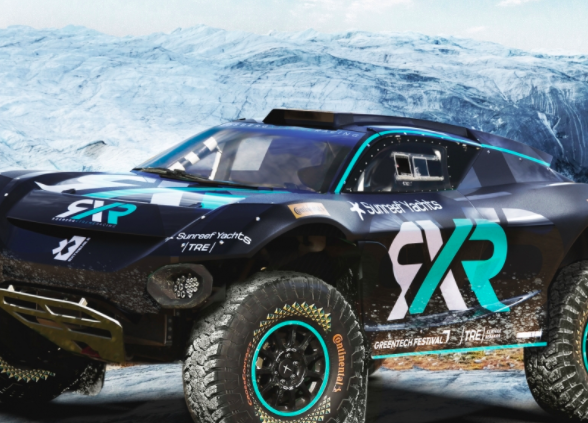 Extreme E, the new electric off-road racing series has confirmed that 2016 Formula One World Champion Nico Rosberg will join the championship via the formation of his own team - Rosberg Xtreme Racing (RXR) - which will make its racing debut in 2021.

Led by 23-time Grand Prix winner Rosberg, the team is an evolution of Team Rosberg, founded in 1994 by Nico’s father and 1982 F1 World Champion, Keke Rosberg. RXR builds on the team’s success in the German Touring Car Masters (DTM) as well as Nico Rosberg’s post-F1 career as an entrepreneur in the field of sustainable mobility.

The move means that Rosberg joins current F1 rival and Mercedes team-mate Lewis Hamilton in having close involvement with a team in the brand new Extreme E series, and this latest venture for Rosberg continues the ex-racers investment in green-orientated energy.

Since retiring from Formula One, Rosberg has invested in numerous successful sustainability start-ups and is also an early investor and shareholder of the all-electric racing series Formula E. With his entrepreneurial commitment, Rosberg supports businesses that offer disruptive solutions in the transition to a sustainable society. In 2019, Rosberg founded the GREENTECH FESTIVAL, a global platform to showcase pioneering green technologies.

Commenting on the team's unveiling, Rosberg said: “We are thrilled to unveil Rosberg Xtreme Racing as the latest addition to Extreme E. The series represents an amazing opportunity to not only drive awareness but also inspire action in the fight against climate change - the single biggest threat to our planet today. Since retiring from F1 I have dedicated my career to sustainable technologies so to be able to combine these endeavours with my passion for racing is incredibly fulfilling.

RXR is the ninth team to sign up to Extreme E, which goes racing in early 2021 in five remote locations; arctic, desert, rainforest, glacier, and coastal; which are already damaged or severely under threat of climate change from a range of serious issues including melting ice caps, deforestation, desertification and rising sea levels.

Teams will race an electric SUV named ODYSSEY 21, which can go from 0-100km/h in 4.5 seconds, at gradients of up to 130 percent. It is manufactured by Spark Racing Technology, with a battery produced by Williams Advanced Engineering, a niobium-reinforced steel alloy tubular frame, and purpose built tyres, designed by Continental Tyres, which are the most extreme the company has ever produced.

Coinciding with the team’s entry in Extreme E, leading eco luxury catamaran manufacturer Sunreef Yachts and the company’s president Francis Lapp have extended their partnership with Nico Rosberg and are now also an official team partner of Rosberg Xtreme Racing. Further partners will be announced in the coming months.