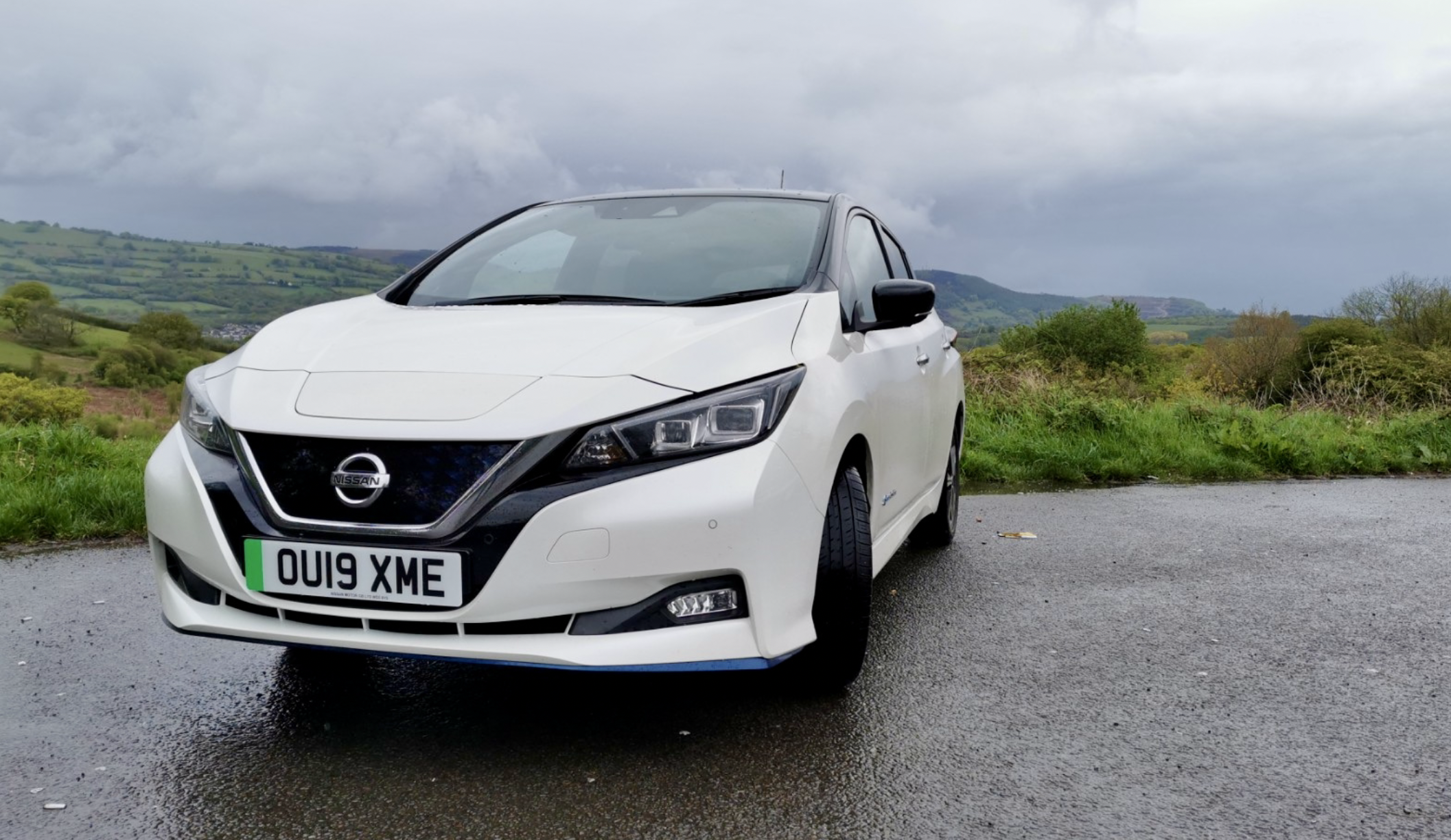 Pioneering, practical and pointing the way forward in the realm no frills electric-powered motoring, the Nissan LEAF is now a decade old and it is getting better and better as it enters its second decade.

After upgrades and tweaks to the first generation LEAF, Nissan became the first manufacturer to release a second edition of an EV model, and they did it with some style…

The second-generation LEAF developed and beefed up the shape of the original, meaning it blended in more with the landscape of internal combustion engined machines and offered more than a match in terms of style and looks. The driving experience was also transformed  with the e-Pedal for one-pedal driving and ProPILOT advanced driver assistance. A new electric powertrain increased power output by 38% to 110 kW and torque by 26% to 320 Nm and a range of almost 250 miles.

2019 saw the release of the top-end Nissan LEAF e+ with more power, a bigger range and a new and improved powertrain – so what better time to take a spin in the latest LEAF to find out why over 400,000 LEAFs are now on the world’s roads and this EV trailblazer has pointed the way for pretty much every automotive manufacturer’s future plans... 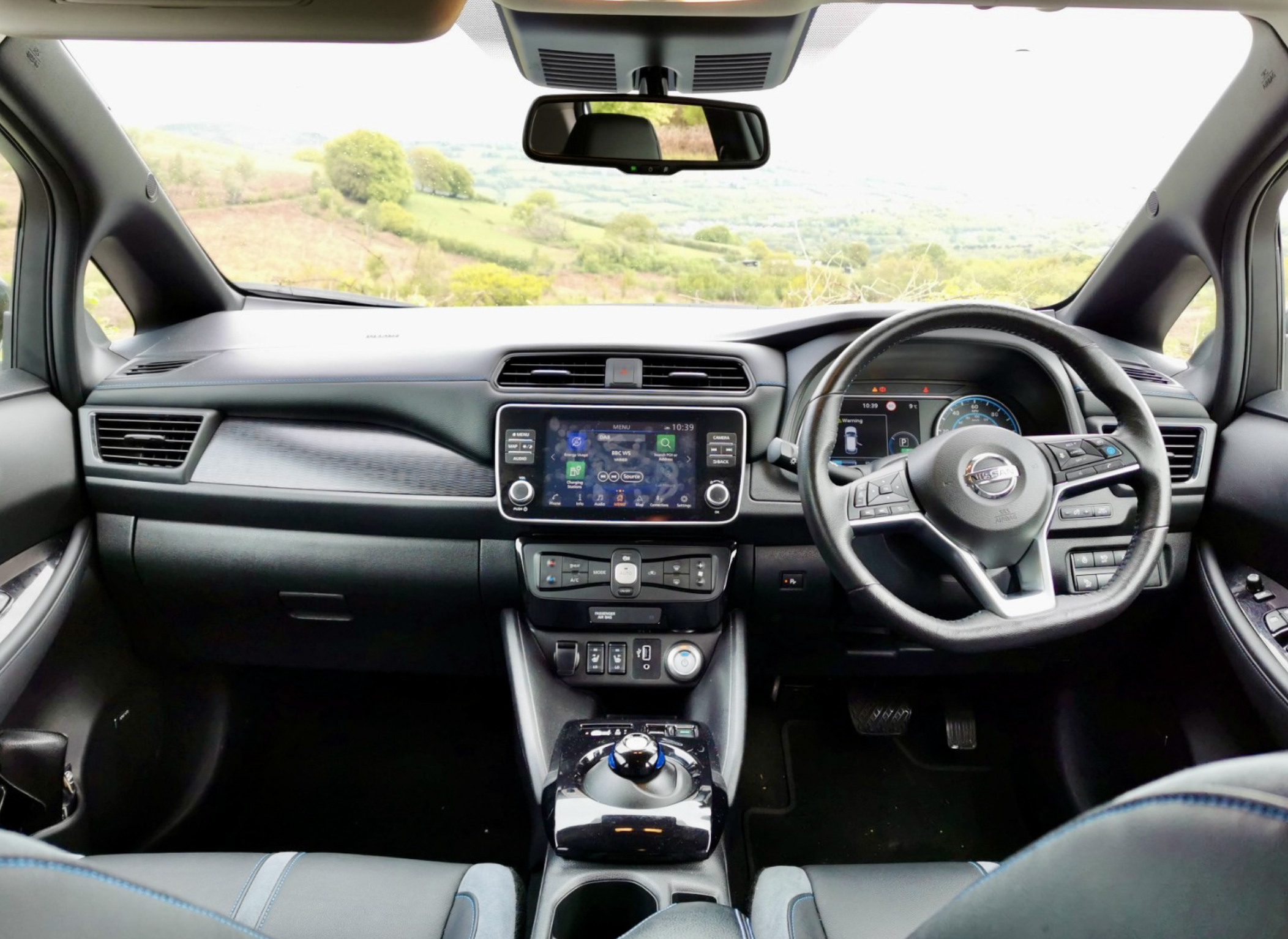 The rear passenger experience isn’t usually the headline asset of an automotive snapshot, but the comfort and position in the rear of the LEAF e+ is simply incredible. Loads of glass and visibility and, most importantly, a perfectly elevated position provides a sense of space and comfort rarely seen outside of SUVs and 4x4s.

Anyone haunted by childhood experiences of cramped, unsighted car journeys and rampant car sickness will be exorcised by a journey in the back of the latest LEAF. There’s plenty of room to ram a child seat without compromising the legroom of the two front seats and the raised positioning of the rear seats mean that three adults can get in the back and, depending on length of legs and width of hips, enjoy a certain sense of space.

Range anxiety a thing of the past 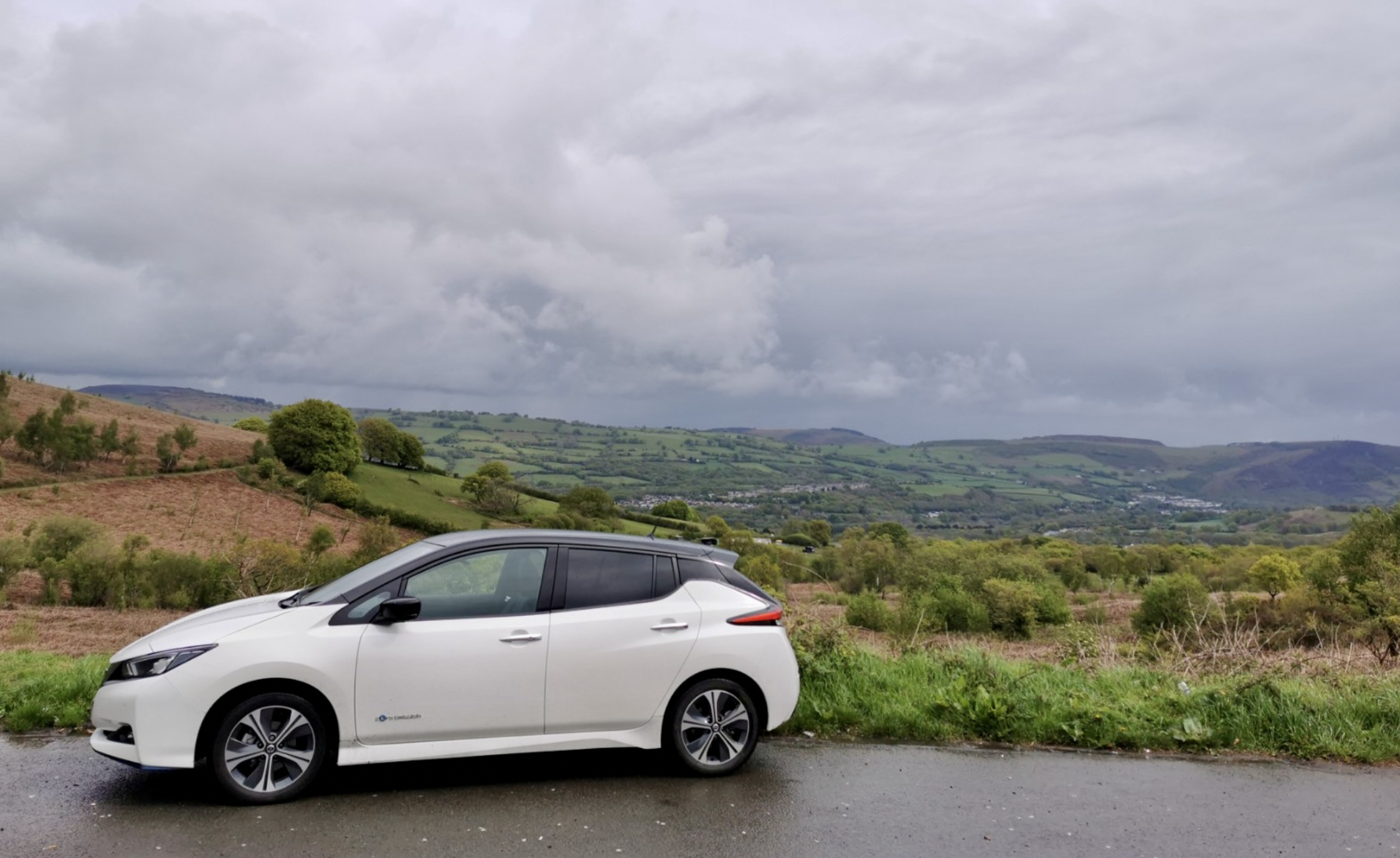 electrica.live took delivery of the new generation LEAF for a week’s worth of driving around city and rural roads - country lanes and motorways alike. A full battery with over 220 miles showing on the digital readout is more than enough for daily use commuting five to ten miles and a few longer range motorway trips.

As any EV driver will know, standard roadside charging facilities can take hours to gain a full charge, but if you have access to a rapid charger, or a domestic means to replenish your LEAF’s battery, you are (literally) quids in.

The LEAF will convert any EV sceptic 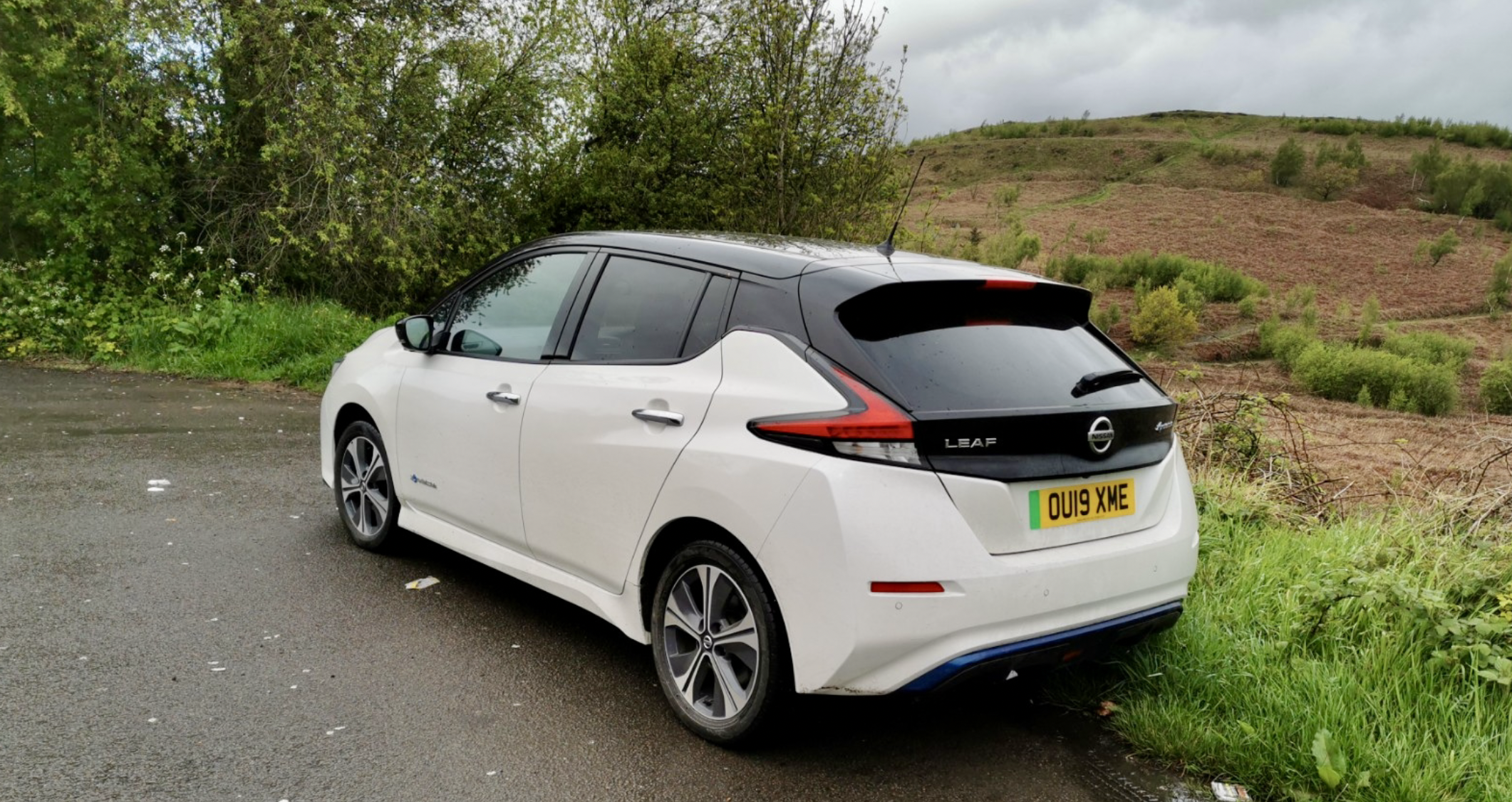 It seems fitting that as a pioneer in the global shift of automotive manufacturers towards electric power and the move away from the internal combustion engine, the LEAF is the perfect gateway towards embracing EVs.

It’s perhaps a good thing that any novelty of being behind the wheel of an electric car soon wears off in the driver’s seat of the LEAF. The relative silence, the pleasing ‘whoosh’ of the motor as you take off are the only real reminders that you don’t have any pistons or camshafts in front of you, and this sense of motoring normality is one of Nissan’s biggest achievements with the LEAF. 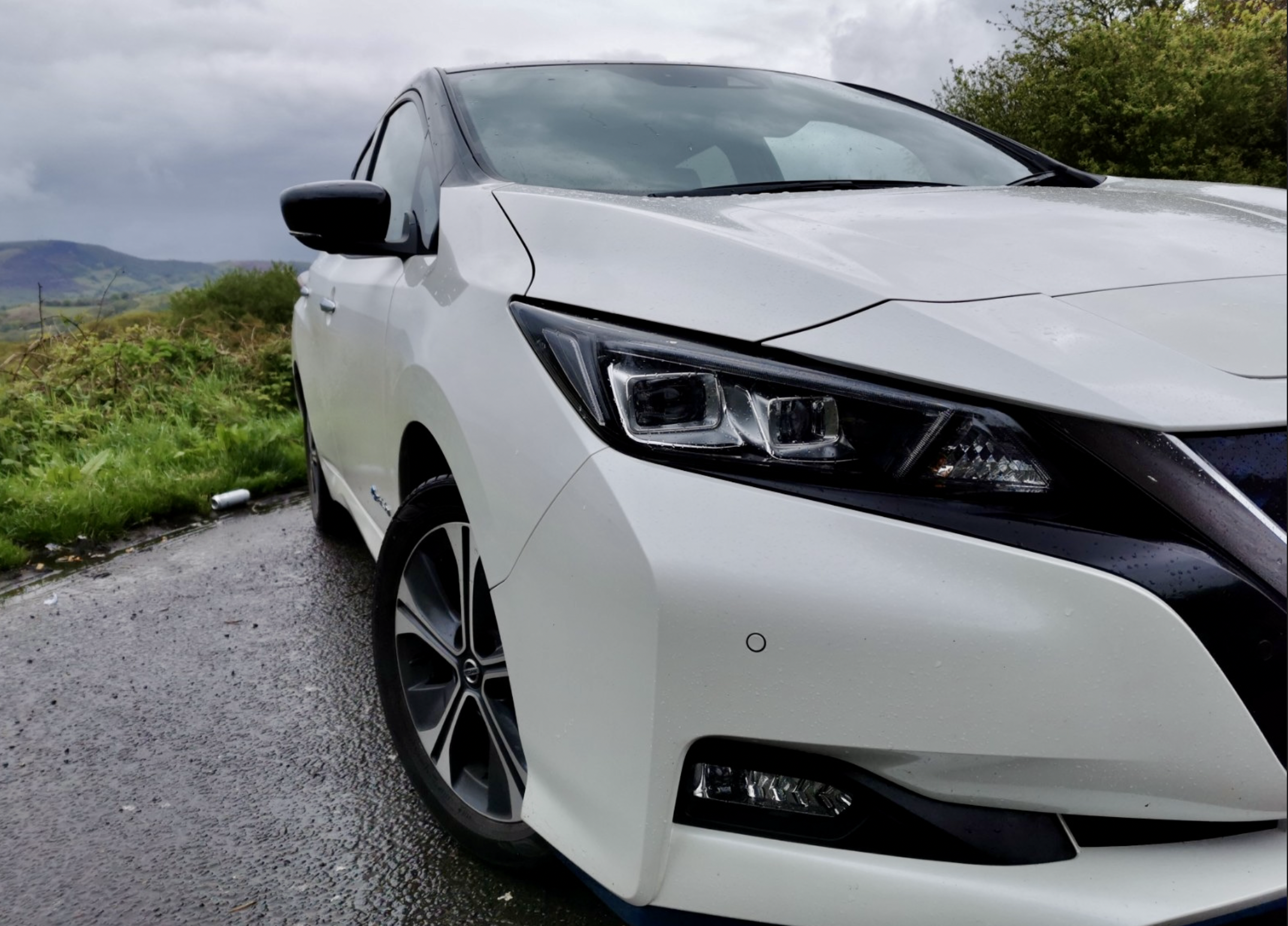 Nissan’s design team could have quite easily have gilded the lily and fitted the latest generation LEAF with gadgets and screens galore to fit with the perceived notion of an EV interior. They have been smarter than that, and the dashboard, controls, central console and cabin design is refreshingly...normal.

The stereo is an exercise in total simplicity and every piece of information you actually need is right there in front of you, meaning there is no need to take your eyes off the road and features such as parking seniors and collision warnings are not intrusive and make the driving experience a total joy. 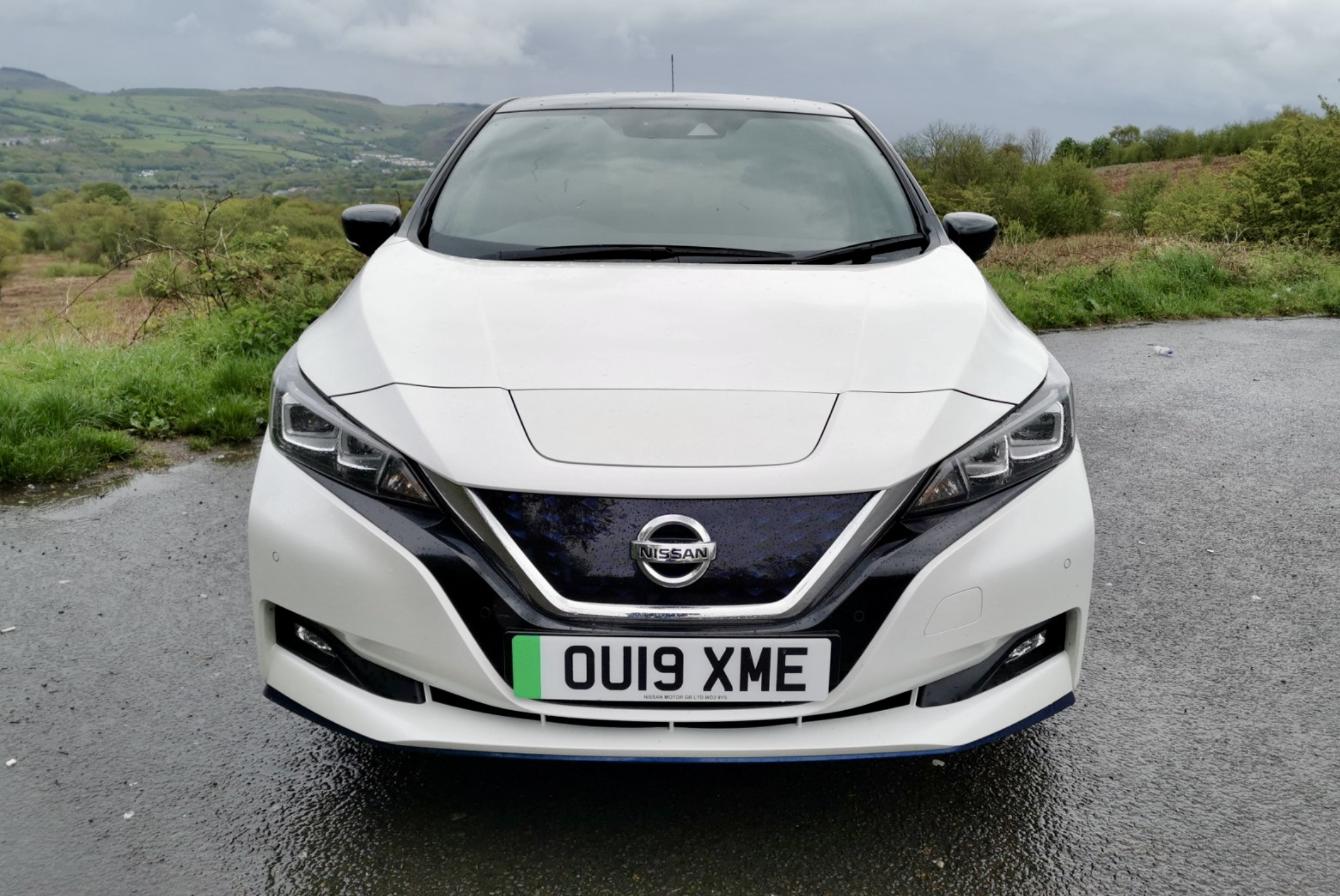 Whereas the first generation LEAF did look a little bit flimsy and a tad bug-eyed when compared to ICE-powered class rivals of the period, the latest iteration of the LEAF is a bonafide stunner.

Great lines, a stand-out two-tone colour scheme and a great stance on the road all help to normalise the LEAF as a genuine competitor to the likes of the Kia e-Niro, Hyundai Kona Electric, Tesla Model S, Audi e-tron, and the Volkswagen e-Golf. It looks quick and nimble, and it is!