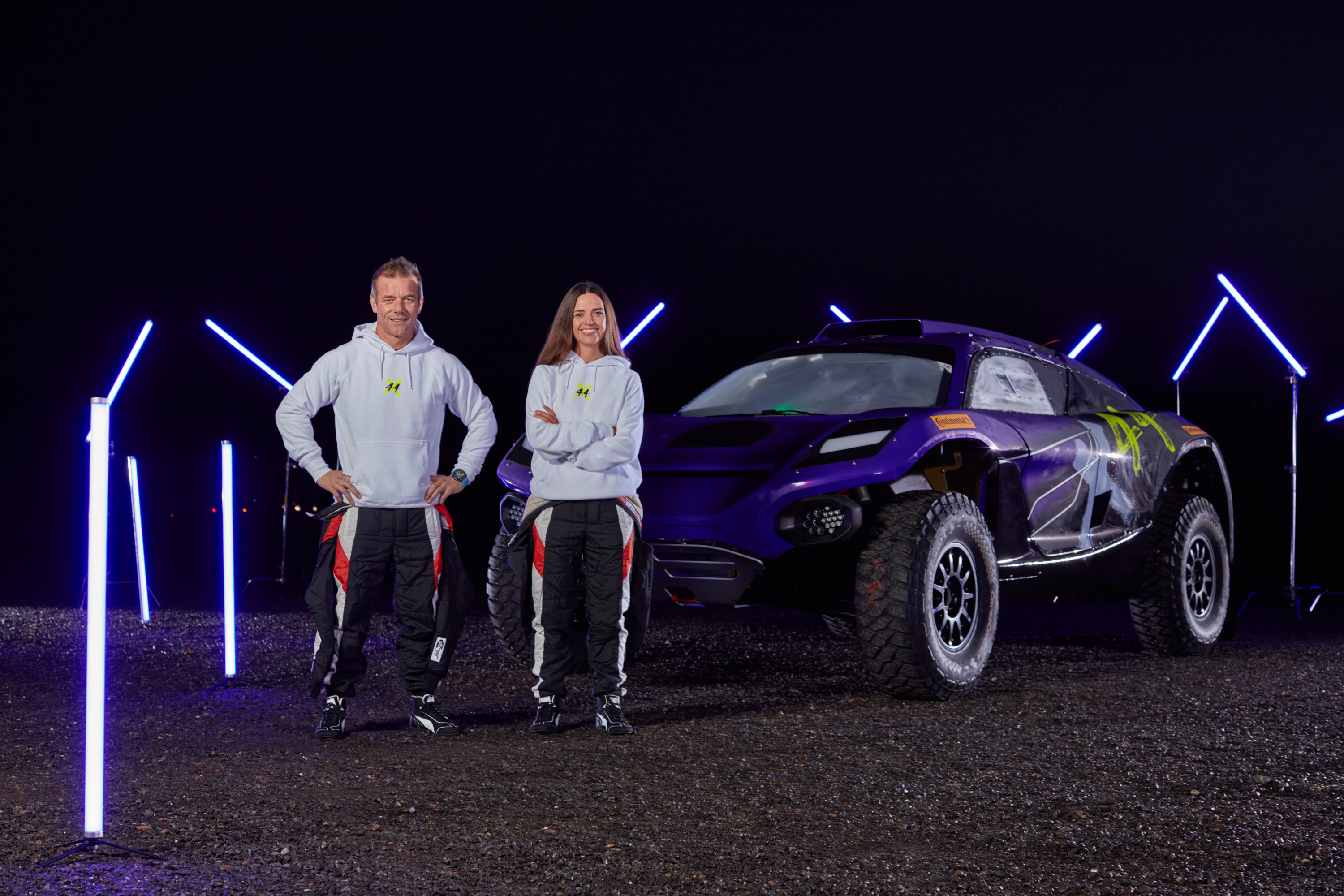 The union of two of motorsport’s biggest names in the same team is certainly a signal of intent from Hamilton’s X44 team, and the news means that over half of the grid for Extreme E’s first season is now confirmed with a mix of male and female drivers, from a mix of ages and motorsport disciplines getting behind the wheel for the new championship.

Loeb is one of the greatest rally drivers of all time and a legend of the motorsport world with a record nine World Rally Championships and 79 rally wins to his name. His 24-year career in motorsport has He has also included three Race of Champions wins in which he competed against the world’s best racing and rally drivers, and X44 is delighted to welcome him to the team.

X44 Founder Lewis Hamilton concluded: “I’m delighted to welcome Sébastien and Cristina to X44. They are both incredible drivers and I’m looking forward to seeing what they’re going to do out there at each race. Cristina is an upcoming talent with a great future ahead of her, and Sébastien is a driver I have admired for so many years so I’m so proud and excited to have them on board.”

“Joining team X44 is an opportunity for me to continue to do what I love, which is race, and I’m looking forward to competing in an electric vehicle,” confirmed Loeb. “I had the chance to drive the car recently and it is incredible. Cristina is a fantastic driver and I can’t wait to partner with her and see what we can achieve together. I am really impressed by what Lewis is doing in Formula 1 too, so to be able to work with him on this is an honour.”

Whilst Loeb’s abilities are well known, Gutiérrez is a promising upcoming talent who made history in the 2017 Dakar Rally by becoming the first Spanish female driver to finish the race in the car category, finishing fifth place among the debutantes. Her talents have been well showcased in her home country, where she previously secured a second-place overall position in the mixed-gender all-terrain Spanish Rally Championships, finishing top of the female category between 2011 and 2016.

“I am really excited to join X44,” added Gutiérrez, “not only will we get the opportunity to raise awareness of the climate crisis, which is very important to me, but I get to work with two heroes of mine. Sébastien Loeb is the most incredible rally driver of all time so I’m really happy that I get to partner with him and I hope to learn a lot. I’m a huge Formula 1 fan and have been watching Lewis race for years, so being asked to join his team is a dream come true. I drove in the car for the first time recently and it was such a great experience, I can’t wait to see what it can do at each race.”

Both drivers recently tested the single-design ODYSSEY 21 electric vehicle entered by X44 for the first time at Donington Park Circuit’s off-road stages the series which hopes to develop technology that will find its way into everyday use, paving the way for a less carbon intensive future. The season is scheduled to kick off in Lac Rose, Dakar in Senegal on 22-24 January 2021.